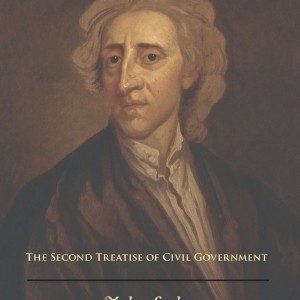 The Second Treatise of Civil Government, by John Locke

John Locke’s Second Treatise of Government was one of the most influential works read by America’s Founding Fathers. As Thomas P. Peardon wrote, “John Locke [was] . . . a main source of the ideas of the American Revolution of 1776. . . . So close is the Declaration of Independence to Locke in form, phraseology, and content, that Jefferson was accused of copying the Second Treatise. This, of course, he did not do. But the ideas of the Declaration are those ideas of English constitutionalism to which Locke had given expression. . . . Nor was Locke’s influence confined to the Declaration of Independence; it was felt in the ideas and often the phrasing of State Declarations and Constitutions. He was quoted, too, in the Federal Convention of 1787 and often referred to thereafter. . . . Locke’s Second Treatise is . . . the distillation of a wisdom derived from centuries of struggle for liberty and justice in government.”

Be the first to review “The Second Treatise of Civil Government, by John Locke” Click here to cancel reply.